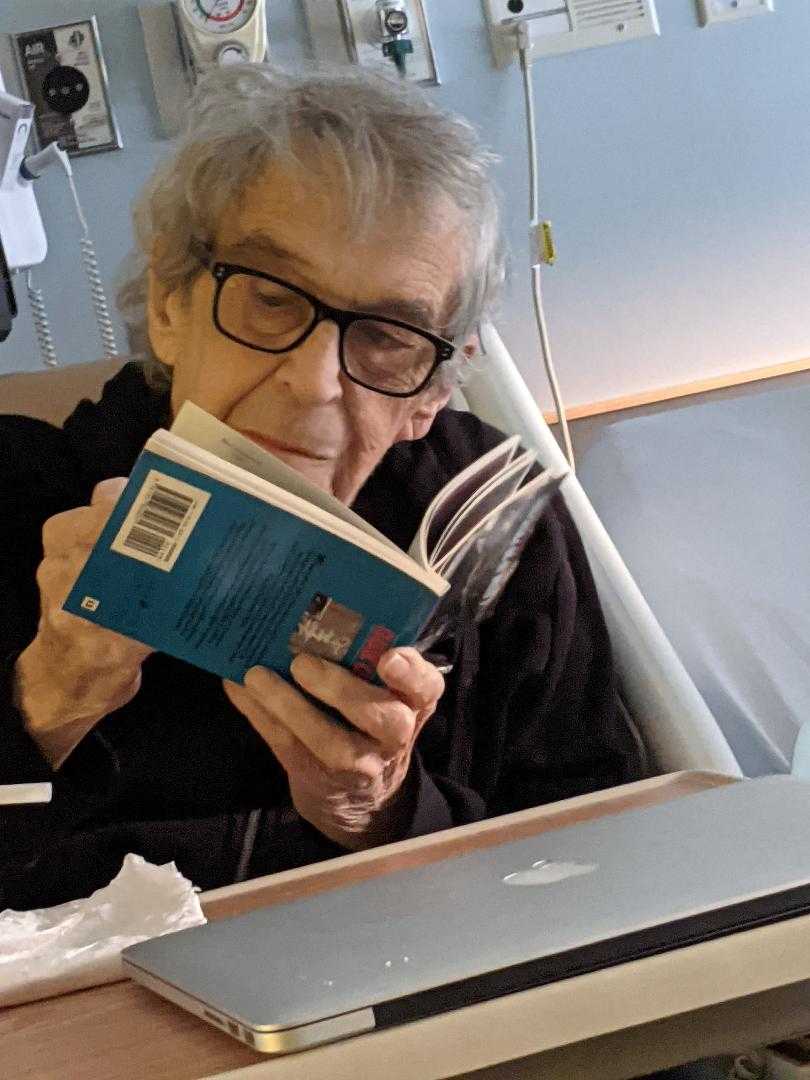 Born March 22, 1935, the first child of Grace (Mainwaring) and Kermit Thornley, Allan was also a son of British Columbia – Ladysmith and Vancouver Island, both forever dear to him. The Thornley family soon grew: next came sisters Eilene, then Beryl, followed by brother Kermit Jr. The four siblings were always close, as their nicknames for their oldest brother attest – “Poison Giraffe,” “Nana’s favourite,” “Saint Allan” (the last not to be uttered within his hearing). They had a happy childhood on Bayview Road; bigger world events were a distant backdrop. Summers spent with his Aunt Beryl and Uncle Milt in Longview, Washington, also shaped Allan. There were friendships, milkshakes, cars (always cars), and the growing awareness of a political identity – socialist like his Dad, not his Aunt – although it was American politics that stuck, becoming a lifelong interest.

Then the teen years – gawkiness, books, music, and summers working at the Chemainus sawmill (he was proud of that). He was a smart kid and earned another nickname: “The little professor”… perhaps because he spent only half a day in grade seven before being moved ahead to a grade 8 class… or maybe, as Dad modestly observed, “it was the glasses.” He didn’t stay “little” for long: he left grade 8 as the shortest kid in the class and entered grade 9 as the tallest. After high school, it was off to Victoria College, followed by UBC, for a B.A. in English and History. He took teacher training and had a short-lived teaching career and an even shorter stint in accounting. He then became a driver for the circulation department of Nanaimo’s “Daily Free Press” – a lucky break that helped to feed his family. Family? Yes, he picked them up rather early. In 1958, he married the forthright Scottish widow, Maria Carmichael, known for her beautiful singing voice: “I had never heard a voice like that – in a church, in Ladysmith, in person!” She had two children – five-year-old Catherine and baby Elizabeth. He was 23, she was 30. Were his parents happy at the time? Small-town Vancouver Island. 1958. I bet you can guess. The birth of Brian a couple of years later made everyone happy and rounded out the family. Then a job offer with the National Research Council appeared, as a proofreader and copy editor for the NRC Research Press, then the leading publisher of scientific journals in Canada. Off to Ottawa the family moved and remained – the midway point between families in B.C. and in Scotland.

Allan’s gift with the written word began paying the bills. After the NRC – where one of his most memorable tasks was to edit a research paper on “the sex life of the tsetse fly,” he moved to Manpower and Immigration, and then, from 1969 until 1995, the Canadian International Development Agency (CIDA). Writing was more than just a living for Allan. It was a passion that combined his love of words, language, politics, and social justice. CIDA offered a home for this passion, where Allan was the designated speechwriter for CIDA Presidents, and wrote as well for Ministers, senior government officials, and the occasional Prime Minister. Allan was exacting in his craft and liked to say, “I’m behaving as a disciple of George Orwell, keeping the English language clean and honest.”

Allan’s words more than anyone else’s defined successive governments’ engagement in development cooperation. His speeches found audiences in prestigious venues in Canada, and around the world. Along the way – and despite an always hectic schedule – Allan helped mentor countless young officers at CIDA, earning him a well-deserved reputation for his thoughtfulness, kindness, and generosity. It was no surprise that when he retired in 1995, hundreds of current and former colleagues turned out to fete him and wish him a long and happy retirement.

And his retirement years were long and happy. Allan enjoyed amusing, and being amused by, his grandchildren, visits with family back in B.C., several “Guys Road Trips” – cars again – to visit car museums across North America and to drive Route 66, as well as holidays in Scotland, Newfoundland, Nova Scotia, and on Grand Manan. There were cherished family reunions in Brandon and Flesherton, movies, music, books, hours of CNN, and very many DQ milkshakes and blizzards. Allan had lots of friends – many long-time from his CIDA days – who kept in touch, in part because, for them, Allan was always a port of calm, kindness, and compassion. (Is alliteration okay here, Dad?)

So it is with sadness and love that we share news of the passing of Theodore Allan Thornley on December 3, 2021, peacefully at home. He will be missed by his children Catherine (Harold Klunder), Elizabeth (Denis Thivierge), Brian (Shirley Chambers), and his grandchildren Willem, Elizabeth (Jonathan), Saskia (Michael), Nicolas, Maxime, Christine and Scott. He is survived by his loving sisters Eilene Bayer (Tom), Beryl Feser (Paul), and his loving brother Kermit (Anita). Uncle Allan is remembered with fondness and much love by nieces and nephews in Canada and in Scotland. Predeceased by his wife Maria in 2010, they both generously supported many people and many causes.

Donations may be made to the Canadian Red Cross, Doctors Without Borders, Habitat for Humanity, or Indspire. A gathering of family and friends to celebrate Allan’s life will be held in the spring or summer.

Our family sends special thanks to everyone on 2-South at Saint-Vincent Hospital. Your professional and thoughtful care was outstanding. Our deepest gratitude also to Zalina and to Dr. Andrew Mai and the exceptional palliative care team (personal support workers, occupational therapists and nurses) who supported us with your knowledge, warmth and understanding. XOXOX