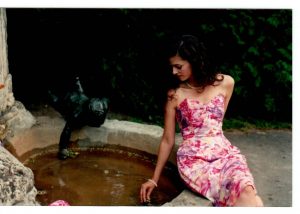 Jo has spent more than half of her life in Overbrook. She was born here, lived in Overbrook while working with the RCMP, and chose to retire here after leaving the Public Service Commission. Her career began in the Chief Financial Office of the RCMP and then moved to managing the Internal Bank and Chief Paymaster’s Office. Interested in a change from finance, Jo transferred to Firearms and in time became a Firearms Officer. Two years after her first retirement in 2000, Jo returned to Finance for both Elections Canada and the Public Service Commission. While working for the RCMP, Jo found her niche. From organizing major events to being Social Convener for the S/NCO Mess, where she has worked to raise money for many charities. She carried this experience with her to her other Government Departments and now shares this knowledge with her community. Besides belonging to the OCA, she devotes time to the Rideau Rockcliffe Community Development Framework Committee and Ottawa Community Housing (OCH) where needed. Jo has volunteering in her blood and started from a young age helping the elderly and infirm, volunteer show coordinator for OLMC, Volunteer board member and supporter of all community events in Overbrook and with the OCH. Jo was always an enthusiastic volunteer role model beloved by many in our community. Jo is an artist with her jewelry design and teaching business, the Art of Jewelry. Longtime Member of Ottawa Lap smith & Mineral Club Olmc.ca. Due to health issue Jo lives in OCH, giving the OCA insight into the needs of that aspect of our community.

A celebration of life will take place December 15, 2019, 1-3 pm at Racine, Robert and Gauthier Funeral Home, 180 Montreal Road, Ottawa, ON. In lieu of flowers donations to a favorite charity would be appreciated by Jo.

As a neighbour, Jo inspired our community and assisted in bringing it alive again. On a personal level, I never dreamed that making my own jewelry pieces would be a possibility but Jo made it possible. I will cherish the pieces gifted to me by Jo and will continue to learn my new found craft of jewelry making. Rest ... My prayers and thoughts are with your family!

I met Jo through my brother. While I only knew her for a short period, she was most kind to me. I am truly so sorry for your loss as well as little Reese's loss of his mommy. Take care.

It is a shock for many of us, who saw Jo as a beacon and vocal representative in our community, to better the lives of all, who resided here, from organizing bbq's lunches, breakfast and the many beautiful gardens that surround the community. She loved all things of nature from her donning of the many jewellery pieces made of natural gems to the planting of flowers, herbs and vegetables, she shared in the gardens. Her beautiful dog Reese was her pride and joy taking him for leisure walks and talking to community members along the way, always giving time to those wishing to have a chat as was her way. Jo, will be greatly missed and never to be forgotten as she impacted the many people, fortunate enough to have come across her path. God bless her for all she did. In memory always, as her friend Sally

At SF we are all sadden by the news of Jo’s sudden passing. Although we only knew Jo for a very short time, we were impressed with her friendliness and helpfulness. We would like to offer our sincere condolences to Jo’s family and the club. We would appreciate it if the club could pass this message on to Jo’s family. Marble Li, Nelson Li, Mark Lareau, Lyse Tremblay SilviaFindings Team Richmond, BC

Jo, my friend/event sidekick, my putting me in my place friend, so positive, so helping, so talented, so giving. I can just see you looking at me writing this and rolling your eyes lol. You leave a huge hole in our community but most of all in our hearts and souls. Rest my friend because I know wherever you are out there, you'll be the first to extend your hand and offer up your many wonderful talents.