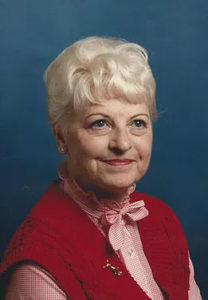 ST.JEAN (nee Jeckells), Poppy – It is with much sadness yet so many wondrous memories that we announce the passing of Poppy St. Jean on March 13th, 2013 in her 89th year. Born in Reedham, England, October 2nd, 1923, Poppy emigrated to Canada in the fall of 1946. Dearly loved mother and friend, she inspired all she met with her quick wit and clever conversation. Her zest for life and sparkling eyes will be fondly remembered and held in our hearts. Predeceased by her husband, Joseph Edmour, and sister Mavis Oldfield. Poppy is survived by her sister, Sheila, son, Terry, and grandchildren, Cypress, Arlen, Caleb, and great grandson Evan. She will be fondly remembered by nieces Laurie Furneaux, Cheryl Stewart, Helen Bulina, Lillian Poupour, and nephews David Stewart and Ernie Poupour. Poppy faced her final battle with cancer head on with great courage and strength. The family wishes to offer their heartfelt gratitude to the staff at the Champlain Community Care Access Centre who eased Poppy’s passing with their kindness and attention.