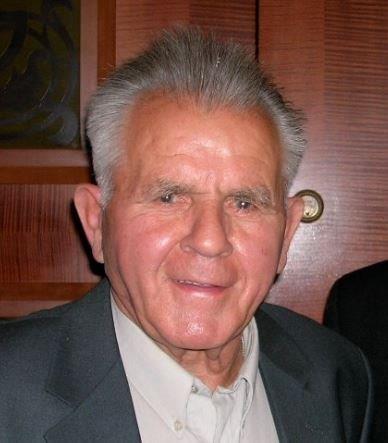 Franc Skupek, 84, Ottawa ON, passed away on Wednesday May 23, 2018, in the care of the Ottawa General Hospital.  Franc was born January 24, 1934 in Podnanos, Slovenia to Jozef and Emilija Skupek.  Leaving home at the young age of 14, he pursued his education in auto mechanics and completed his required military service.

At the age of 22, he attempted to leave the country with two friends.  Unfortunately, they were stopped at the border and returned to their families.  Franc was determined  and succeed on his second attempt by crossed the barb wired fences at Nova Gorica into Italy. From there he traveled to Paris France where he would live for 4 years.

June 1960 he arrived in Montreal Quebec, later moved to Toronto Ontario and finally settled in Ottawa on December 8th, 1960.

While attending evening English classes he met a little Spanish firecracker.  Courtship required him to entertain and travel with a VW Beetle full of Spanish women. On December 16, 1961 he married the love of his life, Nieves Diaz.

We will cherish all he has done, the love he gave and the lessons he taught. His sense of humour and laughter will be missed.   Dedek you will always be remembered and loved.

Nieves and family, It is beautiful to read the various testimonies honoring Frank’s life. The fact they are in three languages says a lot about the person he was. À titre de voisins et amis, nous avons tellement apprécié Frank et son sens de l’humour infatigable, même dans la maladie. Frank had a sparkle in his eyes especially when surrounded by beautiful women but the sparkle was always brighter if Nieves was in the room. He never hesitated to lend a hand or a tool to help a neighbour in trouble. Frank, you will be missed. Siempre en nuestros recuerdos Marthe et Gerry

My sincerest condolences Amiga on the loss of your father. I will be there on the 9th to help celebrate his wonderful life. Besos y abrazos muy fuertes para ti y toda la familia. Livia y Ariana Rodríguez

indeed sad news thought and prayers are with you all, fond memories of Franc, our sincerest sympathies. Familia Blanco-Steger

We know he had great happy live. We all saddened by his passing. At the same time surely he is in Lords heaven enjoying happily ever after. "Know thou of a truth that the soul, after its separation from the body, will continue to progress until it attaineth the presence of God, in a state and condition which neither the revolution of ages and centuries, nor the changes and chances of this world, can alter". [ from Baba'i scriptures]

Thank you for all the laughs and the wonderful childhood memories, Frank. From "too big" campfires to volleyball at the cottage and Christmas days. I will miss you and your wonderful mischievous grin. With Love, Anna-Maria

Our deepest condolences to you and your family Bea. Mercedes y Benito, send their deepest sympathies from Spain and will be present in spirit. Siempre en nuestros recuerdos. RIP Franc

Bea, sincere condolences go out to you and your family regarding the death of your father.

Our sincere condolences to NIEVES and the whole family. It saddens us to know that he will no longer be a part of our group's dinners and celebrations. We will remember him fondly and celebrate a life well lived. Our thoughts and prayers are with all of you.

À la famille Skupek, Your family has been dear to me since my early teens, and to hear of the passing of its Father saddens me. I give you my deepest condolences and friendship in this trying time.