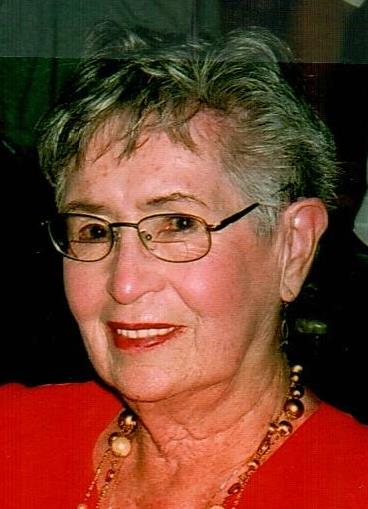 SCHMITTER, Margaret – After 100 years of a life well lived, Marg (fondly known as Ruthie) gently passed on January 14, 2019.  She will be especially missed by her sister Mary, her children David (Linda), Peggy (Bill) and Rob (Peggy); by her grandchildren Daniel (Jessica), Heather (Chris), Sandi (Will), Kevin (Jillian) and Sarah; and her great grandchildren Noah, Madeline, Hannah, Liesel, Lyle and Annie.  She was so proud of them all.  Marg was predeceased by the love of her life Tony (1989), her parents Amy and Joe Bulman and seven siblings,

(Evelyn, Bill, Maurice, George, Albert, Ronald and Ruby). Born April 21, 1918 in Clifton England, Marg moved to Canada in 1924 with her family who settled in Brighton Ontario as dairy farmers. Married in 1946, Marg started her career as the well-travelled military

wife.  She performed well her official roles in support of Tony’s long military career in the RCAF.  Her greatest accomplishments were those of a wife, mother and homemaker, who always relished the news of the next posting and a chance to redecorate a new PMQ. Marg was a true “lady” in every sense of the word.  She was patient, calm, dignified and never raised her voice.  She will be fondly remembered as a talented seamstress, good cook, avid gardener, addicted bridge player, organ player, book reader and sudoku lover.  Marg was also a huge “armchair athlete” who spent many hours watching the original Big 6 NHL games, countless curling games, many world series and of course Tiger Woods.  As well, Marg and Tony spent many happy years boating and camping all over North America and wintering in Cape Canaveral

Florida.  A Private Graveside service will be held in the spring at Little Lake Cemetery in Peterborough Ontario.  In Lieu of flowers or donations, hold your mothers tight and raise a glass in memory of Marg tonight.

I will miss Margaret very much when I visit my mother at Stillwater. She was such a lovely, kind woman. And she and my mum, Teddy, met and became good friends there, sharing the same table at supper and playing bridge together. As well, I would join in when visiting. When I last saw her, I had the good chance to meet her daughter-in-law- Peggy. My sincere condolences to you and to all the family. Margaret will be missed by Mum and I.

Deepest condolences Peggy to you and your family. Xo

I felt tremendously connected to you Marg. I met you through my pal, your daughter Peggy, but I have to tell you that in another world, you would be my best friend and respected confidant of my husband Doug. We will miss you, like you couldn't possibly know. Faye and Doug Linseman

So sorry to hear of your family's loss. My mother, Marie, stills talks about the trip that the two Dorothy's (Sandi Branker's Mom and mine) took with Margaret. Our condolences, Sharon, Charlie and Marie Compton

Enjoyed a treasured friendship at Stillwater Creak with Margaret. She was a great lady and I will miss her. Teddy Burrows

Our deepest condolences to the family of a wonderfully, gracious Mom and Grandma. Marg will be missed but never forgotten.

What a kind woman. So nice to have known her even for a short period of time

We watched a life well lived and carried on by her children. Grateful to have known her.

Kind, gracious, stylish, and a perfect lady. You will be missed Mrs. Schmitter.