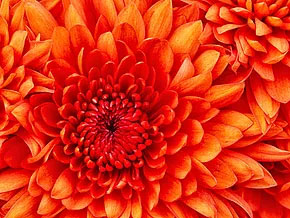 Béla passed away peacefully on March 31, 2019 with his daughter by his side. Loving father of Marianne and grandfather of Christian and Leah. Béla was born in 1928 in Hungary where he joined the statistical office and grew through the ranks to become head of Prices Statistics. After the Hungarian Revolution of 1956, he came to Canada and was hired by Statistics Canada in 1958 to work on price analysis. He was very interested and involved in international work and was eventually put in charge of an international unit in the early 70s; a unit he turned into a division shortly after. Béla was very active and well known internationally. For instance, he was instrumental in the creation of the Conference of Statisticians of the Americas. He was also known for his “chocolate diplomacy” by which he would appease heated atmospheres during meetings. His chocolate drawer outside his office was internationally famous. Béla retired from Statistics Canada in 2010 at 82 after a 52-year career. He was a big lover of books, classical music, art, general culture and really enjoyed fine dining.

The family would like to recognize the wonderful staff of the Extendicare Starwood for the excellent care that they provided.

Relatives and friends are invited to offer their condolences on Friday, April 5, 2019 at 1:30 p.m at First Memorial Funeral Services – Fairview Chapel, 259 St-Patrick Street, Ottawa, ON K1N 5K4, a Celebration of Béla’s Life will follow at 2:30 p.m. in the Funeral Home Chapel. Parking on-site is limited, municipal parking is available on St-Patrick Street as well as paid private lots at the intersection of St-Patrick Street and Dalhousie Street.

In lieu of flowers, donations to Parkinson Canada would be appreciated.

To his family with sincere sympathy. He was a fine gentleman, well respected by all at StatCan.