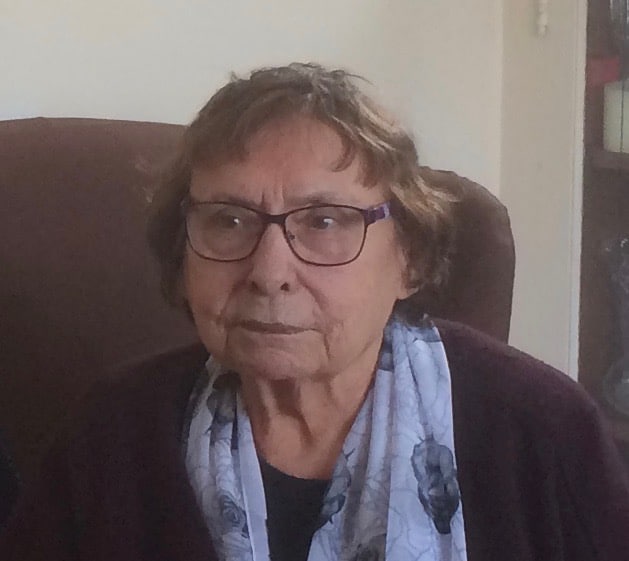 Jo was born and raised in Alberta, daughter of Louis Solway (Salois) and Justine Laboucane. She moved to the Canadian North in 1966 where she spent more than 30 years living throughout the NWT and present-day Nunavut. A Registered Nurse, with post graduate studies in Psychiatric Nursing and Community Development, she devoted her life to the health and well being of others. She founded the NWT and Nunavut Chapters of the Canadian Mental Health Association, was a social advocate participant in the Mackenzie Valley Pipeline hearings, served three terms on Yellowknife City Council, and was Chief Coroner of the NWT.  She was instrumental in the establishment of the Keewatin and Kitikmeot Regional Health Boards and was the first to begin helping Inuit families find their loved ones who had been taken away to southern Canada for health treatment, never to return.

On moving to Ottawa in 1998, Jo quickly became involved in the city’s Indigenous community and health programs. Most recently as Community Outreach Liaison for the Metis Nation of Ontario (MNO) in Ottawa, Jo represented them on numerous boards and committees including the Ottawa Police Service Spiritual Team (as a Chaplain), Gignul non-profit housing, the Carleton University Elder’s Council and the Ottawa Aboriginal Coalition.

Jo is remembered with love and pride by her four children and spouses Catherine (Clive Tesar), Don, Ken (Yoshie Nozaki) and Doug (Stephanie Carbert), and by her five grandchildren, Alexander, Julia, Mairin, Lindsay and Kouta. The greatest gift our mom and grandma gave us was a deep respect for human beings, in all their diversity.

Her children are very grateful for the excellent and compassionate care she received at the Civic Hospital and at Elisabeth Bruyere, and for the visits and messages of support from her many friends and colleagues.

A Celebration of Jo’s life will be held Friday, May 3, 2019 at Wabano, 299 Montreal Road, Ottawa at 3 pm. She will be buried among family in Camrose, Alberta. For those who wish, donations can be made in her name to the Wabano Centre for Aboriginal Health.

We are so sorry to hear of Jo's passing. Our thoughts go out to the family.

Thank you Jo, for all your service across the north and particularly in Yellowknife. You will be lovingly remembered by many people. Rest in peace and thank you for being my “feisty friend”.