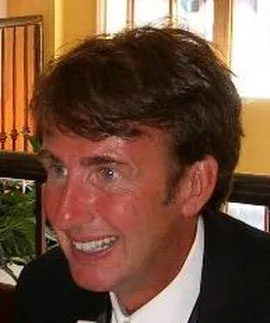 It is with great sadness that we announce the passing of Peter, beloved husband of Xiaoda Zhang; brother to Philip and uncle to Brayden.  Peter is predeceased by his mother Ursula and his father Dennis.  Peter also leaves behind many dear friends, former colleagues and students who he loved and was also loved by in return.

Peter was an exceptional writer and scholar.  He completed his doctorate work at the London School of Economics before becoming a professor first at the University of Calgary, then at Carleton University, where he was tenured.  Peter’s field was political philosophy, and he published seven books, many of which have resulted in great debates in his field.  As a public intellectual Peter also participated in over seventy-five television, radio and print interviews (including Cross Country Checkup, Morningside, CBC Ideas,  Canada AM, the June Hawten Show, the Rafe Mair Show, and TVO’s Studio) on a range of  hot button topics surrounding faith, globalization, and multiple modernities.  He often debated the tragedy of modern educational systems, blind conformity and normalizing sadists pervading North American society and the siege on transcendence by the immanentist mindset with its harsh nihilism.

Discouraging a self-centered existence, Peter often spoke about the dangers of nihilism infecting Western culture, and its crippling effect on other civilizations.  This concern for a modern deterioration of his beloved India inspired his unpublished manuscript – a cultural examination of the Bauls (a syncretic religious sect) and Baharupi traditions in West Bengal, Rajasthan, and Gujarat, Nepal and Pakistan.  The modern siege upon transcendence prompting the Bauls and Baharupi into a reformation of their renowned folk practices, revered orthopraxy and spiritual disciplines in an effort to articulate their own “modernity”.

In the 1990’s Peter began supervising PhD students.  His enthusiasm and  love of wisdom was contagious in his mentorship of more than 50 PhD students and led to a blossoming beyond scholarly edification.  Peter illuminated their lives (graduate and undergraduate students alike) with empathy, virtue and curiosity; helping them to achieve both meaningful lives and influential positions including professors, parliamentarians and successful entrepreneurs.  The reverberations of his vitality and loving spirit having a butterfly effect on Canadian society; his soul still living vicariously in the minds of his family, his colleagues more than ten thousand students.

Peter was the living essence of compassionate concern for his students.  Many were the students who felt compelled to seek Peter out in his office, where he could then be found hours later, still holding their curiosity in gentle hands, and, with their own words, guiding them with the smallest proddings, out of tunnels of their confusion towards their own wisdom.

Peter was a passionate defender of liberal education, for he understood that education in the truest sense was not simply a training in the techniques and methods which make young people into better employees and servants of others.  He knew, rather, that liberal education was a never-ending path of maturation in the art of being human- that his calling was to help students to be free, rather than to be servants, how to become themselves, rather than how to become a part, and how to be responsible to that great social contract between those who have died, those who live and those yet to be born.

Peter had a sustained faith in the potential and the possibilities of the vast and diverse cultural inheritances which comprise Canadian culture.  His defenses of education were always also defenses of our always emerging potential to realize the good and the just- that the inheritances of Jerusalem and Athens, East and West, indigenous and cosmopolitan (and so much more), comprised our bedrock for realizing and pursuing the insight, that, as George Grant expressed it “Justice is what man is fitted for.”

A guiding flame has been extinguished, much too early, much too fast.  Peter will forever reside in our minds and in our hearts.

There will be a private service held at a later date.

I met Peter in 1975, when he was working as a customs officer in Beaver Creek on the Yukon/Alaska border.... his summer job between university. He was such a lovely positive person. We were good friends for 3 years before he left for London. I only just learned of his passing now (Aug 2018), and am so very sorry. I would like to reach out to his wife, if this message finds its way to her. Thank you.