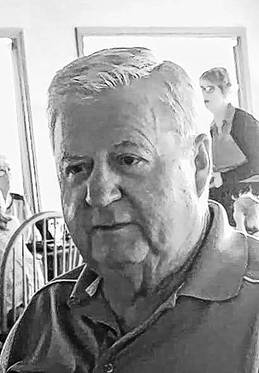 HOGAN, Peter Joseph It is with profound sadness that we announce the passing of Peter Joseph Hogan, 80, on Monday, March 2, 2020, at the Montfort Hospital, Ottawa, after a brief illness. Born on August 1, 1939, Peter was the son of Joseph and Mabel (MacGregor) Hogan. He is survived by his brother, Jack (Stella) Hogan, Glace Bay, and their children, Erin and David; Mary (Dennis) Shea, Weymouth, MA, and their children, Dennis, Tracey, and Paula; Ginger (Ed) Murphy, Sydney, and his children, Patricia and Breton, Pat Strickland, Sydney, and her children, Susan, Beth, and Colin; Pamela MacGillivray, Sydney, and her children, Jay and Meghan; Jeanne Hogan, Halifax; and Maggie Rogers, Toronto, and her children, Benjamin and Meredith. He is also survived by several grandnieces and grandnephews, who loved him dearly. Peter was a proud member of the Canadian Armed Forces for over 20 years, having served in several locations, including a tour as a member of the UN Peacekeeping Forces in Cyprus. He subsequently spent many years with the Canadian Corps of Commissionaires in Ottawa until his retirement in August, 2019. A fine athlete in his younger days, Peter’s love for sports continued throughout his life. He retained an enthusiastic interest in the Toronto Blue Jays and especially, his beloved New England Patriots. Another passion was his love of music. He had eclectic tastes but his particular love was for jazz, big-band music, and the great vocalists such as Sinatra, Ella, et al. Above all was his love of family. He cherished his relationship with his siblings and had a special bond with his nieces and nephews, who considered “Uncle Pete” their favourite. He loved coming “home” to Cape Breton regularly at least twice a year for over 50 years. He will be sadly missed. Cremation has taken place. A family memorial will be held to celebrate his life this summer at a time to be determined.

Jackie, Stella and the whole Hogan family, God bless Peter. We go back a long time ago in Glace Bay. Although I was three years older than Peter, we became friends quickly in St. Anne's Boys Chois and at St. Anne's boys summer camp at Long Island, CB. Peter and I served together in the RCAF at Radar Station Sioux Lookout, ON, 200 miles north of Fort William MacGillivary (now Thunder Bay, ON) in the mid 1960's. A few years later we both moved to Ottawa with the RCAF and resumed our close friendship. Today I just learned of his passing here in Ottawa on 2 March through Jackie and Stella of Glace Bay. Peter was a brilliant, well-read person who enjoyed life to the fullest. I will miss him as a friend and cousin. Sincerely, Xavier McGillivary, Ret'd in Ottawa

Pam,Jeanne and all the the beautiful family of Peter Hogan I dreaded ever reading if Peter’s passing. I had been trying to contact him for a bit and now I’ve missed my chance to tell him how much I miss him. Please let me know the details of his memorial. We loved Peter and you know our bond will always keep Peter in my heart! RIP my friend Contact me please 614 263-8625

Jackie, Ginger & the Hogan Family. I was sorry to learn of Peter's passing. I have not had any contact with him for a long time but I do remember him well from the time when we both lived in Glace Bay.

Our Condolences ON Peter's passing. New him well in our younger years in Glace Bay and also in the Air Force. God bless Gary and Karen MacPherson Burlington,ON

Very sorry to hear of Peter's passing. Of course, I met him in the Bay; but I got to know him better in Ottawa when we'd listen to the blues on Saturday afternoon at the Rainbow, in the Market. My condolences to the Hogan family.