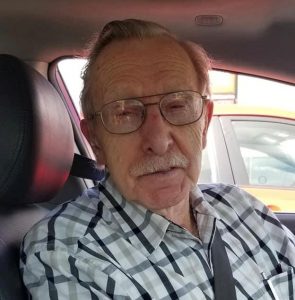 Fondly remembered by many nieces and nephews of the Giroux and Pelletier families.

Bob along with his wife Pauline founded Joseph’s Storehouse food bank in Blackburn Hamlet, where they ministered and served the community for many years.

Bob’s Music Ministry was well known and continues to touch many lives.

He was deeply loved and will be greatly missed by all.

In respect of Bob’s final wishes there will be no public service.  Those wishing to pay tribute to Bob, may do so by donating to their local food bank, a cause near and dear to his heart.

“It is only with the heart that one can see clearly, for the most essential things are invisible to the eye.”

My deepest sympathies to the family. Yes Bob and Pauline certainly made an amazing impact on everyone who knew them. He will be missed but he is with his Saviour and darling wife. May God bring comfort and peace to the family.

Dear Debbie, Dan, Donna, Darlene, Diane & family, Please accept our heartfelt condolences for the loss of your Dad (our Uncle Bob). He was a wonderful man with a kind and generous heart. We hope you will find some comfort knowing that he has been reunited with your mom, the love of his life. We will be making a donation to the Lanark County Foodbank in honour of your dad's legacy of giving. Cliff & Laurie Bastien White Lake, Ontario

My deepest condolences to the Giroux family he will be reunited with his beloved Pauline which was his greatest wish We are taking care of the Backburn food bank that they stared and cared so much about. he lived a good life and I have wonderful memories from the neighborhood and food bank. prayers are with you at this difficult time.

It's with great difficulty that I try to find words to express my sentiments. I was immensely blessed to hang out with Mr Giroux for the last year and a half. We'd meet for lunch on Wednesdays at the Gloucester Centre and on Fridays at Place Orleans. We'd also have breakfast every 2 Saturdays. Bob's stories of hope and faith were humbling, especially by today's standards of wanting things instantaneously. Bob often brought along his guitar and would serenate the patrons at the restaurants. He was actually phenomenal. There were always "Encore" requests. He never forgot who his friends were. He loved life to the very end. At lunches he'd mostly talk about his family and grandchildren and, great grand-children. He loved them so much!!! He wanted to make sure others saw them the way he did. He was so proud. He'd also talk about the food bank which was started by Pauline. Bob and Pauline touched and blessed so many. They really lived the book of Acts.

My deepest condolences to you, Debbie, and to all of your family. So very sorry to hear his time was so much shorter than predicted. Sending virtual hugs.