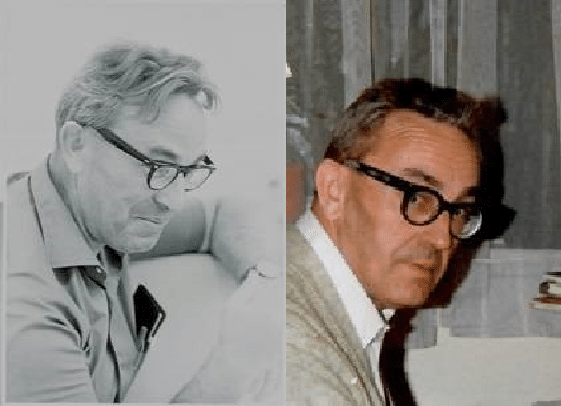 It is with great sadness that we announce the passing of our loving father, Dr. Joseph F. Dlouhy. “Dr. Joe,” as he was affectionately known at Carleton Lodge, passed peacefully in his sleep on April 15, 2019 in Ottawa, Ontario, Canada.

He is predeceased by his beloved wife, Milada, with whom he shared a love of nature, travel to tropical countries, mushroom hunting and fishing.
Loving father of Mia Homann (Mathias), Josef Dlouhy (Carol Dawson), grandfather of Katherine Goff Inglis (William) and great grandpa of James.
He will be fondly remembered by family in Prague, Czech Republic, and in Canada Candi Elrick (Brett), Jason Klassen (Rebecca) and their families.

“Papa Joe” will be greatly missed by his extended family Claire, Lucy and Summer, who always brought a smile to his face playing dominoes, BINGO and sharing Cheezies during happy hour. Their youthful presence brought joy to many staff and residents at his retirement home.

Joseph was born in Prague, Czech Republic, and was younger brother to Vera, who predeceased him. From his early teens, he exhibited an intense interest in the sciences, particularly in chemistry, mathematics and physics. This earned him the nickname “Skumavka.” After completing his education in Prague, he led a large team in scientific work, utilizing one of the largest computers for his research in the 1960s. He was ahead of his time.

Following the Prague Spring invasion of the Czech Republic by armed Russian forces in 1968, Joseph led the family of four in a dramatic night time escape from Prague to Vienna, Austria, and eventually emigrating to Canada.

Having settled the family in Ottawa, he lectured for many years in the department of Chemistry at Carleton University. His love and enthusiasm for pure scientific research led him to the department of Environment in the Canadian Federal Government, where he had his own laboratory and a dedicated team to further his work. He travelled internationally to speak on topics related to his research, as well as being published.

Joseph enjoyed his work so much, that after retirement, he continued to put in full days (and some weekends), carrying out his research for many years. The summers of his twilight years were spent with Milada at a cottage north of Ottawa, where they both indulged in their mutual love of swimming, reading and bird watching.

The family wishes to thank the staff and volunteers at Carleton Lodge for their devoted care in his final years.