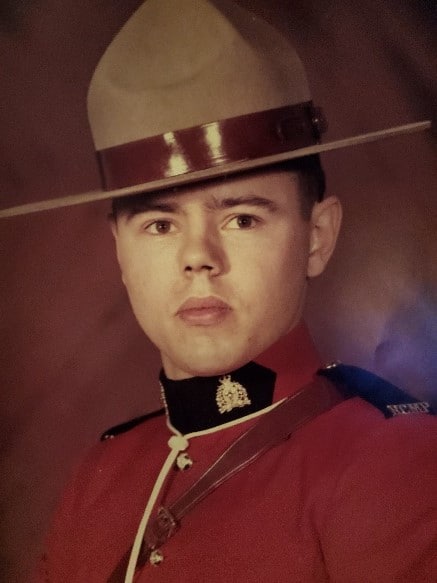 With shock and sadness, we wish to announce the sudden passing of former Staff Sergeant Sheldon Kent Dickie on December 7, 2021, in Chelsea, Quebec. Born in Truro, Nova Scotia on March 8, 1951, he graduated from the
Technical University of Nova Scotia after finishing high school. Not long after that, he joined the Royal Canadian Mounted Police upon which he was stationed in Newfoundland. After being transferred to Ottawa, he was promoted to corporal and joined the RCMP bombdisposal unit. The love of his job took him literally around the world, visiting countries such as Malaysia, Singapore, Australia, Colombia, the United Kingdom and the United States. He was an avid cyclist, enjoyed classic rock music and for him, any soda pop was good as long as it was Coca Cola.

He was predeceased by his parents, Arthur and Hazel Dickie as well as his younger brother Evan Dickie. Surviving and missing him are his son Aaron (Eugenia) Dickie, daughter Sara Dickie, brother Blaine (Ronda) Dickie, sister Shannon (John) MacInnis, as well as his grandchildren Owen Dickie, Ella MacIntosh and Joel Paschall. Although not always said, we were always very proud of our dad and thankful for his contribution to our lives.

He was a great friend and supporter. I extend my condolances to the family .