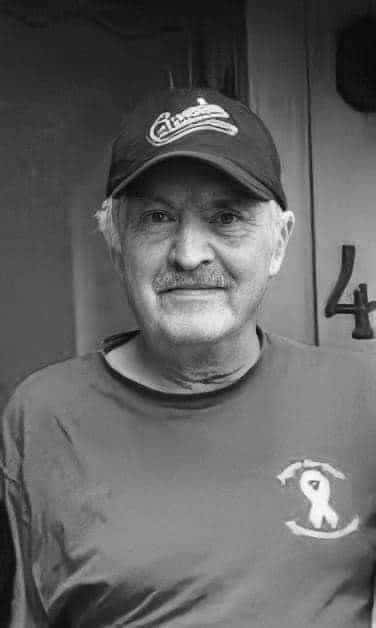 Daniel Charbonneau, age 70, of Ottawa, Ontario died unexpectedly on November 16, 2020 from cardiac complications. His loss was completely unexpected, leaving his family and friends shocked and deeply saddened. Daniel, lovingly known as ‘Danny’ to those closest to him, leaves behind his wife, Christine Joiner; his son, Patrick Charbonneau and wife Annie; his grandson, Marshall Charbonneau; his stepchildren, Tania Parent and husband Andrew, Eric Parent, Brigitte Parent and husband Edward; his brother, Kenneth Charbonneau and wife Shelley; and sister Shirley Labrie; as well as many nieces and nephews. Danny was born in Ottawa Ontario on April 4, 1950 to parents Marjorie Clark from Tugaski, Saskatchewan and George Charbonneau from Hull Quebec. Daniel was raised in Vanier, a subdivision of Ottawa where he attended Eastview High School. After graduating high school, Danny studied chemistry and obtained a diploma as a chemical engineering technologist, a field which he thoroughly enjoyed. Sadly, he was forced to leave his chosen profession due to company restructuring, but the closure of this door provided an opportunity to discover what would become one of his lifelong passions: spending time with children as a caretaker for the Convent Glen Catholic School. He was beloved by the children of the school who he saw grow from preschoolers into adults over the course of his career. He was known to reach out and spend time with troubled children in the school, delegating small jobs to them, such as raising the school flag. In fact, the school children were so fond of Danny that he had received a standing ovation from the students when the faculty was introduced at the beginning of the new school year. Danny was equally passionate about animals and the prevention of cruelty to animals. He was a longtime monthly donor to the Ottawa SPCA and had many rescued pets throughout his life, including dogs, cats, birds, and rabbits. In fact, he leaves behind his beloved cat “Molly” who continues to search for him around the house and spends countless hours sleeping in his favorite chair, waiting for him to come home. Anyone who knew Daniel, knew that he was extremely kind, loving, generous, sincere, and hilarious. Many of the same qualities which he used to describe his mother Marjorie who he was extremely close with, and whose passing affected him profoundly. But despite the difficulties confronted in his life, Danny’s wonderful sense of humor regularly brought laughter to those around him. Daniel touched many lives and words cannot begin to say how much he will be missed by those who loved him. Due to the current pandemic and public health measures, no service will be held on his behalf at this time. Any donation in his honor can be forwarded to his favorite charity the Ottawa SPCA.

Like your Mother, you were an Angel on earth and you shall continue to be one in heaven. Love you Uncle🙏🏼

Danny is going to be sorely missed. A one of kind man who's love for animals and people won't be forgotten. Rest in peace, Dan.

Danny's death was a shock, and his loss created a void in all our lives. My sister perfectly describes the type of person that he was, and he will be greatly missed. Thank you Brigitte for your wonderful message, and rest in peace Danny.