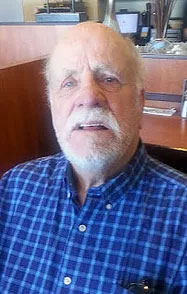 In the early hours of January 17,2016, Joe passed away suddenly at the Ottawa Civic hospital.

Devoted husband to Linda, dear father to Michael (Sara), Jim (Jacquie), Kelli (Derek)and Travis.Beloved grandfather to Rachael, Abigail, Kimberly, Melissa, and Daniel. He leaves behind a brother Donald (Hugette) sisters Doris Lefebvre and Dianne Smith,he was predeceased by his sister Lillian Ouimet.  He will be greatly missed by the Ouimet family, Lefebvre and Smith families as well as the many friends he met in his life, and various nieces and nephews.Family and friends are invited to a memorial gathering to celebrate Joe’s life., at 1 pm on January 23, 2016 at FIRST MEMORIAL FUNERAL SERVICE-FAIRVIEW CHAPEL259 St. Patrick St. Ottawa,  613-860-2424.In Memory of Joseph, donations can be made to THE ALZHEIMERS SOCIETY.

“He stopped loving her today

They placed a wreath upon his door

And soon they’ll carry him away