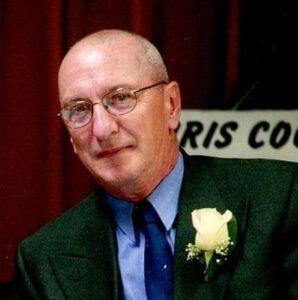 September 2, 1946 – March 19, 2019.  The family announces with sorrow his passing on March 19, 2019 at the age of 72. Beloved husband of Suzanne Given. Son of the late William Given and the late Jessie Given (née Schlievert). He leaves in sorrow his children : Kim Given (Nicolas Jean) and Allen Given (Pam); his grandchildren : Karl, Alex Sonya and Caleb as well as 2 great-grandchildren. Survived by his brother David Given. Predeceased by his siblings : Harry Given, Terry Given and Gary Schlievert. A Celebration of Life in Richard’s memory will be celebrated at the Royal Canadian Legion, Eastview Branch, 274 Cyr Avenue, Ottawa, ON on Saturday, March 30th from 1 p.m.-5 p.m. Donations in Richard’s memory may be made to the Royal Canadian Legion – Poppy Fund or the Canadian Cancer Society, would be greatly appreciated.

3 responses to “Given, Richard W.”