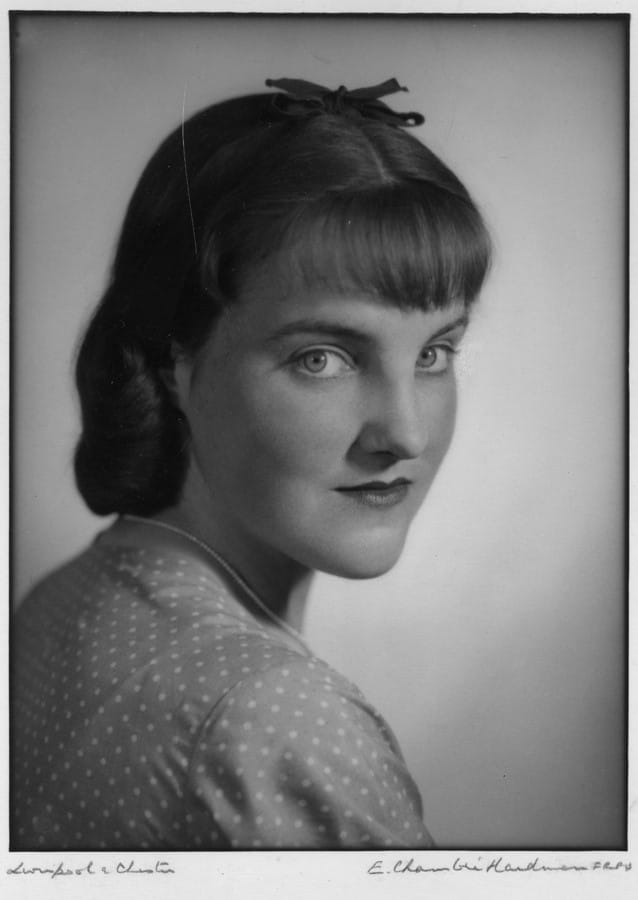 Penny was born May 10, 1920 to Grace Atkin and Hugh Sparling and lived near Heswall, Cheshire; she graduated from Wycombe Abbey, Buckinghamshire.

Her grandmother was Eva, daughter of Sir Wm Dawson, palaeobotanist and key figure at McGill. Eva’s brother GM Dawson was a geologist-explorer and head of the Geological Survey. She was close to her cousin Hibbert. During WWII she was with the Women’s Timber Corps, after which she went to work in scenery design and painting at the Old Vic Playhouse, Liverpool, and came to Canada from England to continue work as a set designer for LaSalle Academy, the Canadian Repertory Theatre, Stratford Festival and other theatres. As was said in “Life Before Stratford, “She was vivacious, outgoing, frank, honest, yet elusive and secret: very English and young for ever.” At CJOH TV News she worked on photography and graphics, and many years at Secretary of State, Multiculturalism. She later volunteered at the Chelsea Library.

Penny loved walking, nature, the moon and sea. She was brought up to write letters, draw and sketch, and read — filling many notebooks with interesting words and sayings. Penelope’s brother Peter married Helen and had two children, Lois and James. Penny married David Geldart (d.) in 1950 and raised three boys: Peter (Danielle), Robert (Anne) and Alan (Natalia), with grandchildren Ian, Dawson, Vanessa and Mia. Penny will be missed by her family, friends and neighbours. We wish to thank the care-giving community at the CCAC, Governor’s Walk, The Edinburgh and The May Court.

She easily made friends and “did well with everyone”.

“Skies domed and blue, fragile as a pigeon’s egg, liquid horizons where the sea clung to the edge of the world like a drop of silver.” —Lawrence Durrell