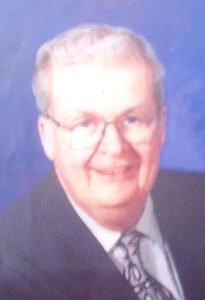 DUBOIS, Paul – Lovingly known as “Uncle Paul” passed away October 26th, 2016 after a short time at the Ottawa Civic Hospital.  He was in his 88th year.  He joined the RCAF in his early years of life and later he became a well-known journalist working in Ottawa, Toronto and Montreal, covering criminal, political and parliamentary stories of the 70’s-90’s.  He later retired from the media relations department of Canada Post in 1996.  Paul will be dearly missed by his wife, Margaret Powell-Dubois and all of the family and dear friends who knew him as “Uncle Paul”.  Friends and family are welcome to pay their respects at First Memorial Funeral Services – Fairview Chapel (259 St. Patrick St. Ottawa, ON) on Friday, October 28th, 2016 from 4 – 6pm.  In lieu of flowers, please consider donations to the Ottawa Heart Institute (40 Ruskin St. Room H-2408, Ottawa, ON K1Y 4W7 or by calling 613-761-4790) in Paul’s memory.