NANCY ALEXANDER (nee CONNERS) – Passed away peacefully at the New Orchard Lodge, Ottawa, on Tuesday, February 9, 2016, in her 83rd year. Beloved wife of Jock Alexander, loving mother of Hugh and Judi (previously deceased), grandmother of Jessica, and special aunt of Lianne. She was the eldest daughter of Hugh and Mary Conners (both deceased) and […]

Jan 4, 1961 – Feb. 8, 2016 It is with profound sadness that we announce the sudden passing of Mark Scott Waters. Predeceased by brother Bill, stepfather Bob and in July, by mother Glorai. Survived by sister Jo Anne and brother James. Always Loved, Always remembered. 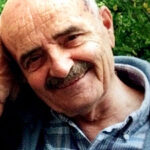 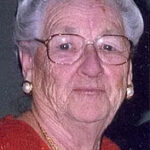 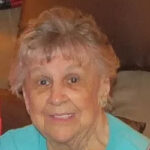 JOHNSTON, Leonne (nee Joanisse) August 1 1927 – January 21 2016 – Loving mother to Darleen (Bruce), Madeleine (Paul), and Shawn (Debbie). Will be missed by her grandchildren Billy, Tammy, Ricky, Kevin, Robbie, Larry, Deredra, Ski and her many great grandchildren and her great great-granddaughter. Is remembered by her sister Anita. Leonne is predeceased by her son […] 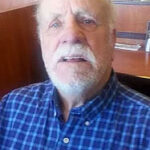 In the early hours of January 17,2016, Joe passed away suddenly at the Ottawa Civic hospital. Devoted husband to Linda, dear father to Michael (Sara), Jim (Jacquie), Kelli (Derek)and Travis.Beloved grandfather to Rachael, Abigail, Kimberly, Melissa, and Daniel. He leaves behind a brother Donald (Hugette) sisters Doris Lefebvre and Dianne Smith,he was predeceased by his sister […]

December 25, 1921 – January 14, 2016 Peacefully, at the age of 94. Beloved husband of the late Gwynneth (Lowham). Loving father to Richard. Predeceased by his father Antonio and mother Lillian (Buccino), his sisters Marguerite and Violet and his brother Joseph. Earl is survived by his sister Jean and brother George. A celebration of life […]