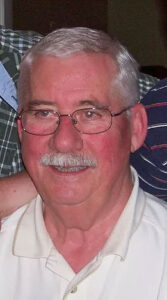 Passed away on March 25th, 2014 after a brief battle with cancer. Beloved husband of Jean Waddell (nee Welch). Loving father of Stephen (Fadia), and Paul, step-father of Wayne (Marina), Ken (Sondy) and Catherine (Peter). Deeply missed by his grandchildren, sisters Judy (Rob), Barbara (Ron) and brother, Robert. Michael proudly served in the Canadian Armed forces for 37 years. He was also a loyal employee of H & R Block for 20 years. Following Michael’s wishes, there will be no service. Donations to a charity of your choice.