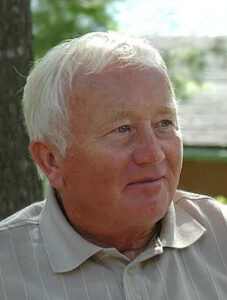 ANDERSON, Neil Munro – on June 20th, 2013 in Ottawa, Ontario at the age of 75. He is survived by his spouse Jeannette McDonald, his children Tamara, Todd (Andrea), Leah and Jason, his grandchildren Kylie, Tessa and Jack, his siblings Larry, Elaine and Ronny.

Neil was a native of Turtleford, Saskatchewan. He obtained his education from the Southern Alberta Institute of Technology in land surveying and later earned a B.Sc. from the University of Victoria in Computer Mathematics. Neil joined the Canadian Hydrographic Service in 1960 and spent eight years as a field hydrographer, specializing in Arctic hydrographic surveying. He headed technology development sections both in support of field hydrographic surveying and charting and in cartography for the development of interactive computer graphics systems for nautical chart production.

In 1979, Neil was appointed Director of Planning and Development for the Canadian Hydrographic Service, at its headquarters in Ottawa. In this capacity, he was responsible for co-ordinating the national R&D programs for hydrography and marine cartography. Neil was involved with many different types of technology development projects related to hydrographic surveying and nautical charts, including electronic charts, Global Positioning System, geographic information systems, multibeam sonar systems, marine robotics and data communication. Neil was a leader in the development of Geomatics as a science and engineering discipline that is emerging out of a collective impact of these technologies. Neil developed and participated in many government – industry cooperative projects, at both the national and international levels.

Neil retired on May 31, 1995 from CHS. He then joined Nautical Data International as the Vice-President, International Development where he pursued his work till 2001.