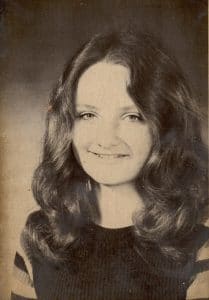 It is with great sorrow we announce the sudden passing of Judy Hanna on December 25th, 2019. Daughter of the late Edward Garland and the late Joyce Garland.  Beloved wife of the late Derek John Hanna. Loving sister of the late Michael Garland. Dear mother of Drew Hanna and Derek (Emily) Hanna. Honorary mother to Michael Fedak (Sam), Dylan and Chris. Mother to all. Cherished grandmother of Summer, Kayleigh, Georgia, Eddy, Khloe, Kiera and Jackson.

A memorial service at a date and time to be confirmed.

“Goodbye is not forever. Goodbyes are not the end. They simply mean I’ll miss you until we meet again.”