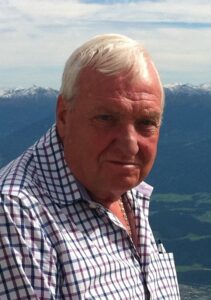 Schilger, Herbert Kurt July 15, 1937 – January 19, 2018. It is with great sadness we announce the sudden passing of Herbert. He is survived by his wife Judith, his children, Herbie, Julie, Troy, Heidi and his grandchildren and great grandchildren. Herbert was born in Vienna, Austria and immigrated to Toronto, Canada in 1958 where he met his future wife, Judith. He was a proud Austrian who was actively involved in various Austrian communities across Canada. He turned his passion of building and creating into a career, touching and teaching many people along the way. He will be missed greatly by all those who loved and met him.