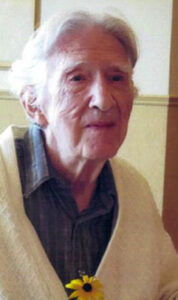 Frederick Roy Lipsett was born in Vancouver to a family of ship chandlers and collectors. His early life was marked by a youthful passion for music. Just before the outbreak of World War II, he was in England with the Kitsilano Boys’ Band. Later in life, he was well known in the neighborhood because, unlike the other dads, he called his children home for dinner with a trumpet call. He was not able to serve in the army because of his terrible eyesight but he threw himself into his other passion: physics. After the war, Fred went to London to pursue a doctorate at the Royal Institution. There he met Elizabeth Visser who was travelling and working in Europe. Their first date was the Coronation ball. They both returned to their home countries but Fred could not forget Elizabeth; he sent her a letter proposing marriage. After a long boat trip and a few months of acclimatization, they married—a union that lasted almost sixty years. They had two daughters: Margot and Sonya. Their grandson Jason (José) was a wonderful addition to the family and often helped Fred with technology. Fred had a long and successful career at the National Research Council culminating with an experiment that was chosen to go up on the Space Shuttle. He also pursued his love of music, playing the alto first in amateur orchestras, then as his eyesight failed due to glaucoma, chamber music and then just for himself. He combined his love of science and music by exploring acoustics and then the new violin family. He did not let his increasing blindness stop him; he walked, took buses and was very independent until his body began to fail. Until the end, he loved to have a glass of wine, a nice meal and good conversation. He was unfailingly cheerful and always kind. He died peacefully, with the CBC in the background playing Carmina Burana. 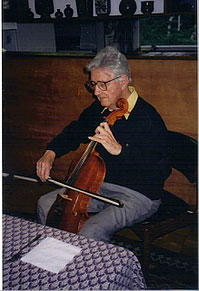 In lieu of flowers, consider a donation to the CNIB.