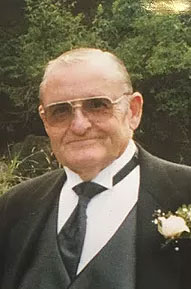 It is with heavy hearts that we announce the passing of Denis Rodger Marleau.  Denis died of a heart attack at the Ottawa Heart Institute on February 19, 2016.  Beloved husband of Suzanne Marleau (nee Labute).  Loving father of Susan McIntyre (Jim).  Proud grandfather of Erin and Douglas McIntyre.  They were the light of his life and they miss him dearly.  He is survived by his mother Marie Marleau (nee Leduc) who is 100 years old and predeceased by his father Ernie.  Loving brother to Gisele Frimer (late Steve) and Claire Marleau.  Will be deeply missed by brother-in-law Jean Paul Labute (Sonya).  Uncle to two nieces, Denise Frimer and Annie Labute as well as three nephews, Danny, Gregory and Paul Labute.  Denis was the former General Motors Sales Manager, as well as Senior Account Executive for Ontario East and North for Brinks Canada Limited.  Once retired he worked for the LCBO in Almonte.  Denis Graduated from the University of Windsor in 1959 with a B.A.  He also attended Ottawa University.  The family would like to thank the nursing staff and Doctor’s at the Ottawa Heart Institute for his care.  Denis was cremated and the family had a private ceremony as per Denis’ wishes.