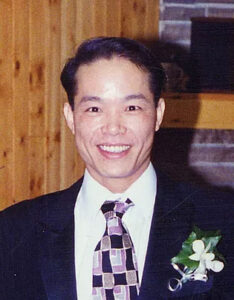 Chuan Lu Chang, of Ottawa Ontario, died June 5, 2013, at St. Vincent Hospital. He was born on November 20, 1962, in Hai Phong, Vietnam to Mao- Hut Chang and Yu Chun Lee. In 2003, Lu and his family moved from Toronto to Ottawa to start his career with Moneysworth and Best. He loved his job very much as a Shoe Repairman. His hobbies include spending time with his family and friends, meeting new people, sports, exercising with his family and shopping with his family. He is survived by his wife Li Xia Lin, his son William Chang, his two brothers Truien Hoa Chang and Truien Phuc Chang and all his sister-in-laws, nieces and nephews. He was preceded in death by his father, mother and his second eldest brother.