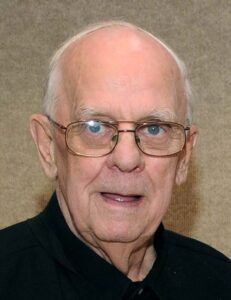 Mr. Gerard Paquette, 1925 – 2018.  Peacefully, surrounded by family on Saturday, April 14, 2018.  Mr. Paquette passed away at the age of 92. Predeceased by his first wife, Norma Fisher and his second wife, Estelle Latreille. He leaves behind his four adored children; Carole (Marcel Pharand), Gerry (Michelle Poirier), Michel and Brenda (Edna Picard).  Gerard will be sadly missed by his 7 grandchildren, 3 step-grandchildren and 14 great-grandchildren as well as many nieces and nephews.  Funeral Service for the late Mr. Gerard Paquette will be held on Saturday, April 21, 2018 at St. Therese d’Avila at 2:30 p.m. with interment to follow at a later date.